Tuesday was a day pregnant with rain, the booms and flashes of a faraway thunderstorm typical in the soundtrack of an Australian February. It was not however a typical Tuesday. This was the Tuesday that I would feel the energy of music in a completely unprecedented form.

I had found out about this day on a nondescript time blurred 24 hours where I’d happened to scroll through my emails, my mind seizing upon this as a way to present my Dad with a celebration for entering a new year of his life. This night of celebration would be where thousands in a sea of hearts, limbs and rhythms were connected by Bruce Springsteen and The “heart stopping, pants-dropping, hard-rocking  booty-shaking, love-making, earth-quaking, Viagra-taking, justifying, death-defying, legendary E Street Band!”

It was a day I’d been unconsciously waiting for a while to see. The moment when those anthems of working class blue collar rock n roll that have frequented pretty much every drive of some distance with my Dad would be close enough to touch, the chords and rhythms in my veins as the night drew deeper and deeper

There were many songs I did not know every word to but when that happened, I just drank in the sight of these legends on stage and watched their well oiled almost imperceptible machine sweep thousands of us along in its wake. I’ve always found it really interesting to observe at concerts; to realise the fact that the thousands of us all come from different places in life when the arena lights are up but when we are in darkness letting this music into our memories and lives, we are a united body, seemingly capable of anything. It makes me wonder whether we could harness the power of music for other good in this world???

When this moment happened ^^^ I couldn’t really fathom the fact he was 67! He was a big kid for three hours on stage with us, I could understand why he played for so long as the words he’d written in times of light and shade were yelled back at him from people of all kinds. Who needs drugs when you’ve got the adrenaline of a live show as a musician? 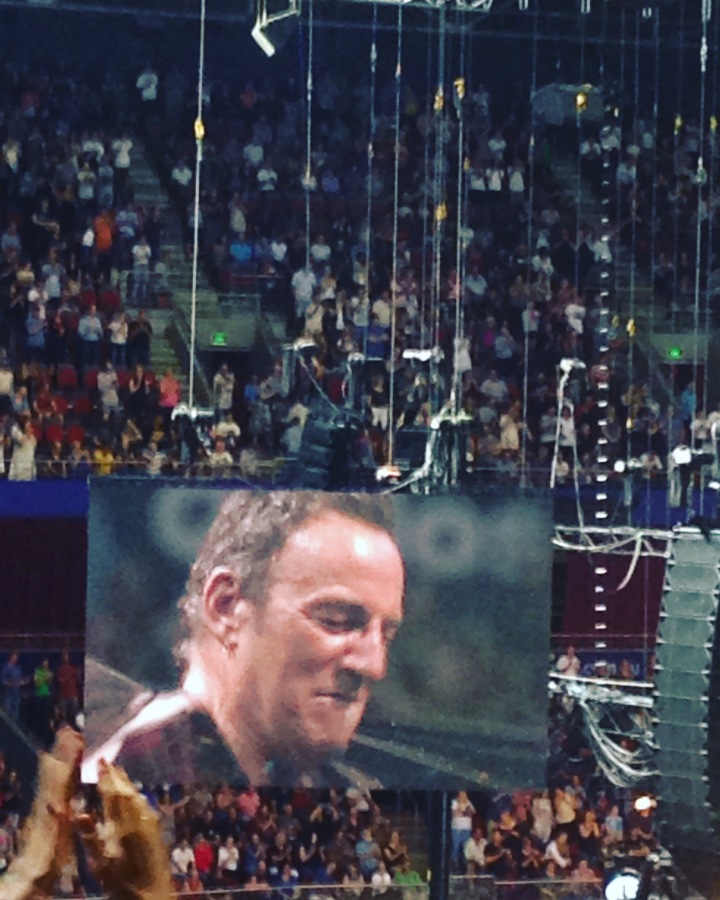 As a writer, his words and the messages he paints with them has inspired and enthralled me. I may not be able to capture the “Runaway American Dream” but here on this blog, from this moment, I think I’ll be more open to creating words that are as personal and uniting as the whole “tramps like us, baby we were born to run” idea.

PS: Did you know that you can’t light a fire without a spark??? 😜 The things you learn at a Bruce Springsteen concert…

In this place of myth and legend, I held on for dear life as the wind tried to pull me into a sweeping dance. Behind every rock, I imagined faeries fluttered and mermaids hid just under the surface of the wild sea spray, sirens waiting to lure a sailor to tragedy. Belfast, you are a wild beauty 😉

Places To Get Lost In